The forgotten true-crime story of how Auckland’s mobsters pulled off the heist of the century.

It should be remembered as New Zealand’s answer to Britain’s Great Train Robbery: in the dead of the night, robbers broke into the Waterfront Industry Commission’s offices and made off with an audacious loot equivalent to almost $1 million today.

This 1956 heist, which eventually came to be known as the Waterfront Payroll Robbery, was executed with military precision and the robbers left nothing but a smoking office and an empty safe behind them.

The crime was eventually pinned on small-time crook Trevor Nash. When four years later, Nash made a brazen prison-escape attempt, he rose to notoriety as a kind of anti-establishment hero. 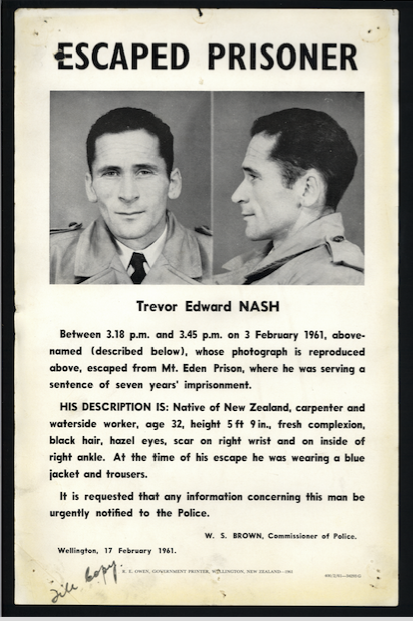 But to this day uncertainty remains about whether Nash alone was responsible for the waterfront heist. Could he really-cunning as he was-have pulled it off all by himself?

And what happened to the money?